Lives in the Balance 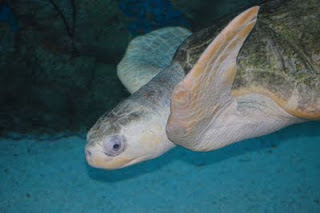 An article in the prestigious science journal Nature this week includes a sobering graphic. In it, the earth is sliced into nine wedges representing planetary systems such as climate, fresh water, ocean chemistry, biodiversity, changes in land use, and the nitrogen cycle. Three of them are very red, indicating humans have already interfered with the climate, biodiversity, and nitrogen cycles sufficiently to potentially threaten our own survival on the planet. In terms of biodiversity, the graphic illustrates what conservation biologists have been saying for some time: Humans are causing other species to wink out at a rate 100 to 1,000 times higher than what the fossil record indicates as a natural baseline.
The authors note that Homo sapiens evolved and thrived during an unusually stable period in the earth's history, a 10,000 year increment called the Holocene. "Such stability may now be under threat," the scientists say. Human activities could "push the Earth system outside the stable environmental state of the Holocene, with consequences that are detrimental or even catastrophic for large parts of the world."
Click here for a summary of the paper.
Note that "ocean acidification" refers to the absorption of carbon dioxide from the atmosphere by the oceans. The burning of fossil fuels is altering the chemistry of the seas, turning them more acid.
Posted by Ilsa Setziol at 2:13 PM